Have you heard about these two words: “grievance” and “appeals process”? You may know those two words if you have completed AHIP (America’s Health Insurance Plans). If you haven’t, you may not have gone too far.
As Medicare consultants, Medicare Geek recommend watching the video available on our website to help you get started or follow us along in this article.
A sales manager for a specific carrier told me never to underestimate the power of the appeal process. I took that to heart and started helping members submit grievances and appeals when they are warranted from what he said. I thought it would be best to share my success story to all of you.
Way back in 2017, one of the HMO MAPDs that I represented had a hearing aid benefit $1000 per ear! Yes, that’s quite a lot! But here’s the problem. There were no Medicare providers available on that island, and any provider around the area is out of the network. Moreover, there is a long-time member of the plan who talked to the customer service, and he can mail it instead of going to the place where there’s no network provider. But, the customer services was notoriously bad.
When that person called me, I chastised him for not calling me first. But what can I do? Since he had documented their conservation with customer service, I helped him. We completed the simple claim form. After putting all the information, we mailed it in. Did you know that within a month, my client already got his reimbursement? That’s it; miracles do happen.
Moreover, let’s proceed to customer B. The customer service did the same about the hearing aid at Costo. But, just like what happened to my previous client, the carrier might give it another shot. This happens last 2017. The same process we’ve done. I helped him complete the claim form and mailed it in. After several weeks, customer B called me and said that they hadn’t received any updates. As one of the local Medicare agents at that time, I emailed the agent support.
But, here’s what happened. I’ve got a volley of conflicting emails, and it was out of network. Also, there weren’t any diagnosis or billing codes on the claim, and they never respond to me at all. This is the time where I told my second client to draft an appeal letter. We’ve documented everything, and finally, we’ve got permission from customer A to use his story.
Forty-five days later, the court responded and said that since it has been more than 60 days from the original service, the appeal was denied. In simpler terms, they ignored the merits of an appeal. This decision was final unless the client wants to file a request outside the government contractor (Maximus).
We were all devastated. What I said to my client is to keep on going because we have nothing to lose. Accordingly, we pursue it. Later on, we’ve drafted an appeal letter to Maximus, pointing all the biased and absurdity of the insurance company. Understand your Medicare options, rights, and protection is essential for you to decide whether to continue or stop the services you get from a Medicare provider.
Eventually, the client received a letter from Maximus. That time, I wasn’t hopeful. As you can see, there’s been an excuse after excuse, and we believe that the carrier would find another stupid reason to deny the claim. But we were wrong! Several weeks passed by, and the member got a letter saying it was a favorable decision on their end. There’s also a separate envelope containing a check for over $1700!
This scenario only proves that if you have a good case, then continue to fight for it. Don’t give up on grievances and appeals. Insurance companies make a lot of money out of these government contracts. Accordingly, they don’t want to have many complaints going directly to CMS or HHS. This is the right thing to do, and I consider it one of the smart things to do for your business.
How do I file an appeal?
​​​​​If you decide to appeal, Medicare Geek can help you. Before doing anything, it is essential to ask your doctor, health care provider, or Medicare agent to support you with your case. Also, an important reminder from a Medicare insurance agency is to keep a copy of the documents and all related information as part of your appeal. What To Look Forward of Becoming A Medicare Agent

What if I tell you that working in the Medicare sector can change your life? Would you ever believe it 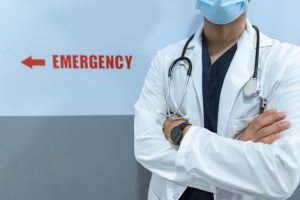 Medicare Benefits: Is It Possible To Change Yearly?

In general, Medicare benefits do not vary significantly from year to year. It indicates that the vast majority of what is covered in 2021… 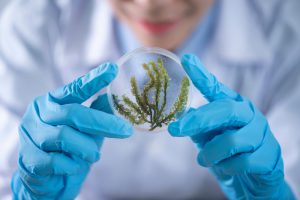 Retirement: Tips to Get Assistance with Healthcare Coverage

Your health insurance requirements in retirement differ from those you had while working. While many individuals want to utilize Medicare…